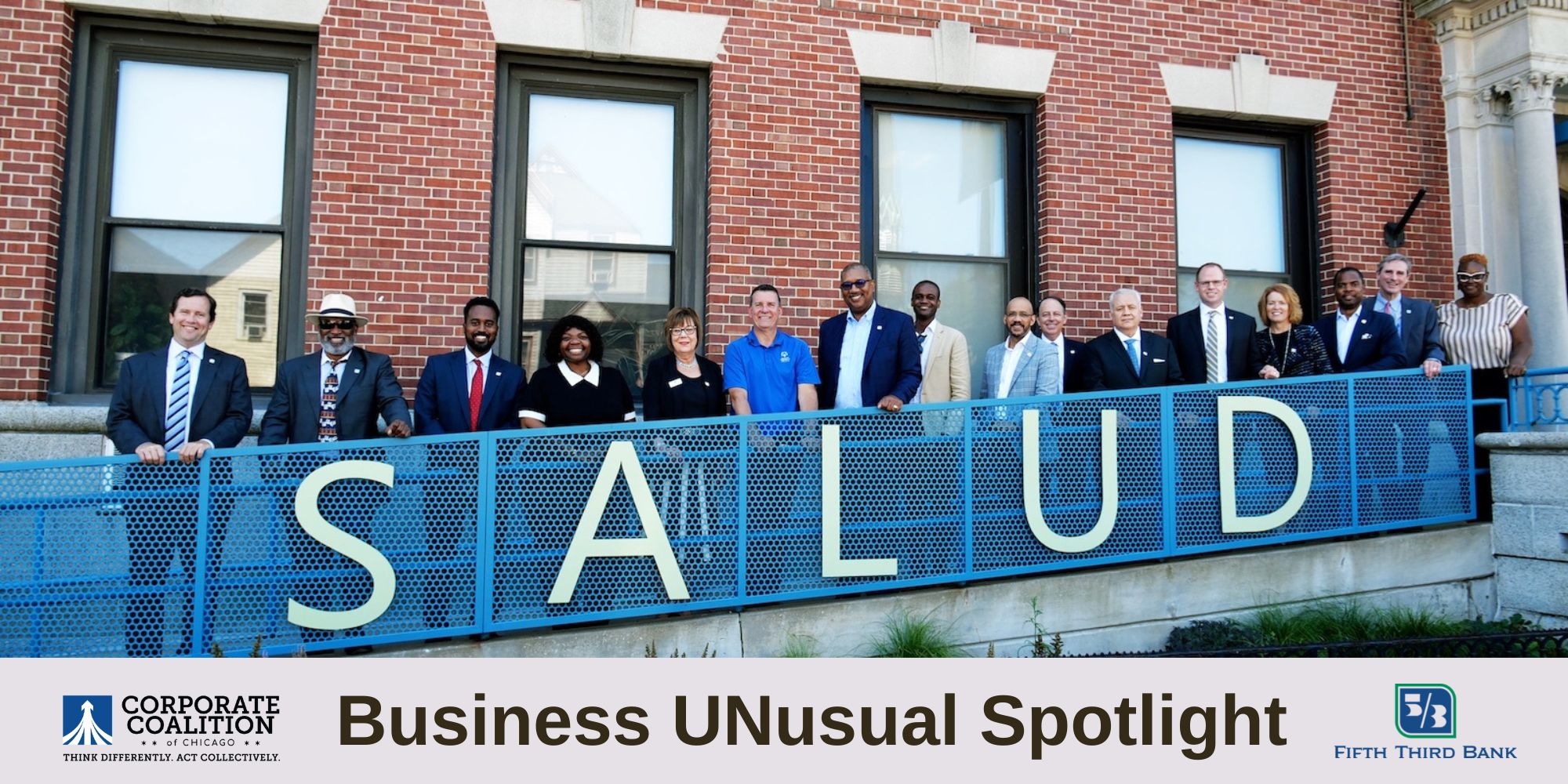 As one of the first financial institutions to establish a foundation, Fifth Third has a long history of philanthropy. But to make transformative progress toward equity, especially in communities that have experienced sustained disinvestment, they knew they needed a different strategy.

That’s why they developed their Empowering Black Futures Neighborhood Program, an initiative aimed at increasing housing supply, advancing racial equity, and building resilience and upward mobility in nine neighborhoods within their footprint.

One of these communities is South Chicago, a once-vibrant community with a busy commercial corridor. It’s struggled since the mass exodus of residents and businesses following the 1992 closure of US Steel’s South Works mill. Returning it to a community of choice requires a deeper commitment, as Rob McGhee, Fifth Third’s SVP of community and economic development, explains: “This investment is not just about dollars and cents. It’s about finding a way to make this become the model for community and economic development for the future.”

Addressing inequities requires the collective commitment of the entire organization

‍Chief corporate responsibility officer Kala Gibson shares that the inequalities magnified by the pandemic helped inform their approach and that “We wanted to be part of the solution, not the one done historically – we wanted to talk to our residents and have a good understanding of what it was that they actually needed.”

And it was clear that would require the collective effort and commitment of the entire organization. “It's the regional president; it’s the senior commercial banker; it’s the business banking executive; it’s the mortgage leader; it’s the retail leader — the entire bank is rolling up our sleeves and saying how do we actually help this community. How do we use our social and political capital to really drive change versus our dollars, which is what we’ve done in the past.”

Together with their partners, employees, and South Chicago residents, the program has delivered significant first-year accomplishments, including nine single-family housing units, the opening of the Salud community center, and initial streetscape beautification of the commercial corridor.

And that’s just the beginning, says McGhee. “This is an area that is rich in history. It has great leadership in its community partners, but it needs our continued support and help. And again, if we can model the way and become successful, we want to replicate this in other parts of the city that so richly deserve our resources and support.”